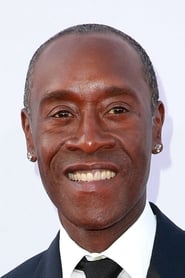 An American film actor as well as producer. Cheadle first received widespread notice for his portrayal of Mouse Alexander in the film Devil in a Blue Dress, for which he won Best Supporting Actor awards from the Los Angeles Film Critics Association and the National Society of Film Critics and was nominated for similar awards from the Screen Actors Guild and the NAACP Image Awards. Following... Read more