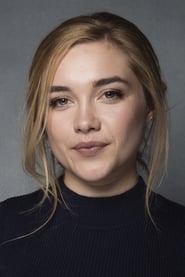 Pugh was born and raised in Oxfordshire. She lived in Andalusia, Spain for part of her childhood. Her early education was briefly at Wychwood School (2007–2009), then at St. Edward's School, Oxford.

Pugh's debut performance was in the mystery drama The Falling (2014). For her role as a precocious teenager in the film, she was nominated for Best British Newcomer at the 2014 BFI London Film... Read more