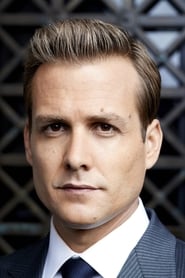 Gabriel Macht is an American actor. He was born in the Bronx, New York, to Suzanne, a museum curator and archivist, and actor Stephen Macht. Gabriel has three siblings, and moved with his parents to California when he was young.

Gabriel had his first success on screen when he was 8-years-old. He was nominated for a Best Young Motion Picture Actor Award for his performance in the movie Why... Read more