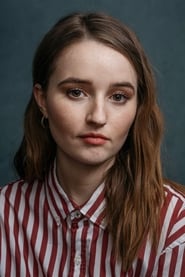 Kaitlyn Dever is an American actress. She is best known for her roles as Gwen Thompson in the American Girl film entitled An American Girl: Chrissa Stands Strong, Loretta McCready in Justified, Eve Baxter in Last Man Standing, and Jayden in Short Term 12.

Dever was born in Phoenix, Arizona, to Kathy and Tim Dever. At the age of five, she began her interest in the performing arts with her... Read more