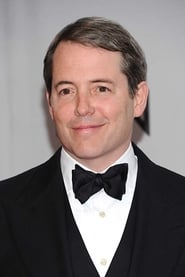 Matthew Broderick is an American actor whose career has spanned both the silver screen and the stage.  Broderick got his start off broadway but quickly wound up as the lead in Neil Simon's Brighton Beach Memoirs. His first screen role was Max Dugan Returns, also penned by Neil Simon.  His breakout role came the same year for his role as a young hacker in Wargames.  Later he stared as the... Read more